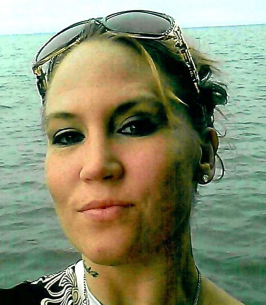 Teresa Mae (Clemmens) Meza, age 35, passed away unexpectedly on June 18, 2022 at MCHS Eau Claire surrounded by her family. She was born on August 20, 1986 in Cumberland WI to Daniel Clemmens and Jana Richardson Prince. She was the proud mother of Raine Marie Williams and Danté Darrel José Rivera. Teresa enjoyed being with her family and friends. She loved to spend time with her children and spoiling her many nieces and nephews. She was the best auntie T.T. She made sure each of her nieces and nephews got big bags of candy and pop for their birthdays. She spent many of her childhood years learning to speak foreign languages and was fluent in Spanish and German. She loved everything “Batman” and loved shoes! Soooo many shoes!! Teresa worked many years caring for others as a CNA.

A celebration of life will be held on Saturday, June 25, 2022 from 12:00 – 4:00 PM at the Valley Tavern located at 14515 State Hwy 40 in Bloomer. A memorial service will be held at a later date. Olson Funeral Home in Bloomer is assisting the family. Online Condolences may be expressed at olsonfunerealhomebloomer.com

Teresa lives on through her gift of life with UW Organ and Tissue Donation in Madison.

To order memorial trees or send flowers to the family in memory of Teresa Mae Meza (Clemmens), please visit our flower store.