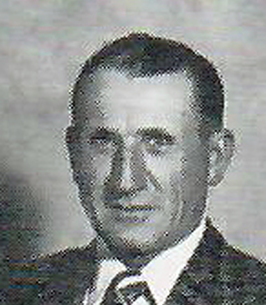 Richard J. Rihn, age 97, passed away Saturday, June 4,2022 at Meadow Brook in Bloomer. He was born August 4,1924 in Bloomer to Fredric and Margaret (Wirth) Rihn. He married Deloris Conrad on June 23,1945 at St. John’s Lutheran Church in Bloomer. He worked as a dairy farmer and enjoyed bowling, playing ball and pool, fishing, hunting and spending time with his family and friends.


He is survived by his sister: Marlene (Arnold) Windsor of Bloomer; sisters-in-law: Angeline and Joyce Rihn; numerous other relatives and friends.


Funeral services will be held on Sunday, June 19, 2022 at 1:00 PM at the Olson Funeral Home in Bloomer . Online condolences may be expressed at olsonfuneralhomebloomer.net

To order memorial trees or send flowers to the family in memory of Richard J Rihn, please visit our flower store.