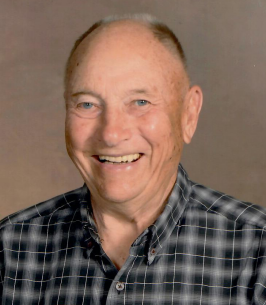 Norman W. Harms, age 85, passed away in Lakeland, Florida on Saturday, March 5, 2022, with his family by his side. He was born on September 4, 1936 at home in Jim Falls, Wisconsin to William and Bernice (Boese) Harms. He married Jane Bohl on October, 1 1960 at St. Peter’s Church in Tilden. He served in the National Guard from 1959 – 1964. Norman working as a farmer on the home farm all of his life. For him, there was nothing better than milking his cows and plowing his fields. Norman loved to travel, spending his winters in Florida, visiting nearly all 50 states, and a cruise of a lifetime through the Panama Cannel.
He is survived by his wife: Jane; children: Kathy (Dewey) Shultz, Jerry (Renee) Harms, Denny (Donalee) Harms, Lori (Brian) Koehler and Larry (Sharon) Harms; son-in-law: Dave (Kim) Capouch; sisters: Lavonne (Jal) Scarborough and Marie Harms; 16 grandchildren and 17 great-grandchildren, numerous other relatives and friends.
He was preceded in death by his parents: William and Bernice; daughter: Debbie Capouch.
Funeral services will be held on Saturday, March 19, 2022 at 1:00 PM with a visitation from 10:00 until the time of service at the Olson Funeral Home in Bloomer. Luncheon will be served at the White Pine following the service. Military Honors will be performed by the Bloomer American Legion/VFW/AMVETS.

To order memorial trees or send flowers to the family in memory of Norman William Harms, please visit our flower store.