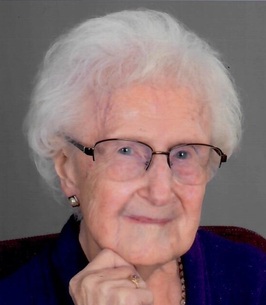 Jane Marie Peterson, age 91, passed away at the Corner Stone Assisted Living in Bloomer on June 22, 2022. She was born on December, 7, 1930 to Arthur and Julia (Christenson) Johnson. She married William Peterson on October 2, 1948 in Minneapolis, MN. They began their lives together in the Eau Claire area. Jane became a stay at home mom and homemaker, taking care of their five boys.

In 1969, they moved their family to Bloomer where they purchased Prince’s Resort on Cornell Lake. Jane helped the resort by bartending, cleaning and caring for the cabins and their many guests.
They spent their retirement years in their home on Cornell Lake. After Bill passed in 1995, Jane moved to St. John’s Apartments in Bloomer where she lived for 20 years. Here, she spent time playing cards and having coffee with wonderful new friends. She enjoyed hunting for special treasures at the local craft fairs and church thrift sales. But what made Jane most happy was when family and friends stopped by to visit.

Jane spent her final years at Corner Stone Assisted Living where she enjoyed coloring, crafts, word-finds and even exercising.

A memorial service will be held at St. John’s Lutheran Church in Bloomer on Monday, June 27, 2022 at 11:00 AM with a visitation one hour prior to the service at the church. Olson Funeral Home in Bloomer is assisting the family. Online Condolences may be expressed at olsonfunerealhomebloomer.com. The service will be livestreamed at St. John’s Lutheran Church Facebook page.

To order memorial trees or send flowers to the family in memory of Jane Marie Peterson (Johnson), please visit our flower store.