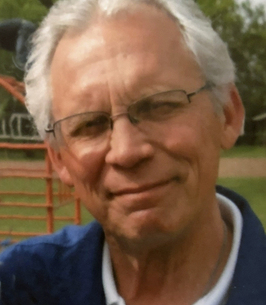 Gordon E. Johnson, age 75, passed away Sunday, May 15, 2022 at Wisconsin Veteran’s Home in Chippewa Falls after a long battle with ALS. He was born February 5, 1947 in Jackson, Minnesota to Elvin and Joyce (Olson) Johnson. Gordy served in the Navy from 1966 – 1970 during the Vietnam War. He married Mary DeGroot on May 20, 1972 in Ellsworth, Minnesota. Gordy worked as a property and casualty insurance agent for 36 years. He was the past Commander and Adjutant of the Bloomer VFW. He was also a member of the Bloomer American Legion, the Bloomer Masonic Lodge, the Eau Claire Consistory, the Tripoli Shrine Club, Toastmasters, Luverne JayCees, and the Bloomer School Board. He was an active member of the Bloomer United Methodist Church where he served on numerous committees and was a part of the original cast of “The Last Supper Drama”. In his free time, he enjoyed fishing, snowmobiling, playing softball, driving bus, volunteering at Mayo Clinic and keeping his yard manicured. Above all, Gordy was a very social person. He enjoyed listening to and telling a good story, visiting with anyone (regardless if he knew them or not), helping out wherever he was needed, and above all, spending time with his family.
Gordy is survived by his children: Chad (Carolyn) Johnson of Strum and Sara (Jeremy) Pank of Strum; grandchildren: Ian, Colton, Bria, Evelyn, Mallory and Bryce; brother: Rodney (Anne) Johnson; sister: Mary Meyer; wife: Mary Johnson of Bloomer; numerous other relatives and friends.
He was preceded in death by his parents: Elvin and Joyce.
Funeral services will be held on Wednesday, May 25, 2022 at 11:00 AM at the Olson Funeral Home in Bloomer. There will be a visitation on Tuesday, May 24, 2022 from 4:00 – 7:00 PM with a Masonic Service at 7:00. Interment will be in the Bloomer Cemetery with Military honors provided by the Bloomer America Legion, VFW and AMVETS.

To order memorial trees or send flowers to the family in memory of Gordon E. Johnson, please visit our flower store.