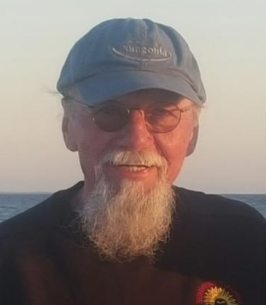 Gilbert Oliver Oliverson, age 75, passed away unexpectedly on December 28, 2021 at his home in rural Chetek. He was born March 18, 1946 in East Troy, Wisconsin to Oliver and Sophie Oliverson. He married Joyce Burhnam and together they had two children. They later divorced. He served in the US Navy. Gil worked at many jobs before retiring after 14 years of driving truck for County Concrete. He enjoyed traveling so much that he opened an eco-tourism business in Mexico. He was a strong supporter of WOJB radio station for over 50 years. Gil enjoyed the challenge of living off the land and used his farm in Bruce to teach his children where their food came from and the importance of hard work. He enjoyed the simple things in life and was a very loving, generous and spiritual man, who taught and mentored many people. Spending time with his life partner, family, many friends and especially his grandchildren gave him great joy.

He was preceded in death by his parents: Oliver and Sophie.

A private family celebration of life will be held at a later date. In lieu of flowers please consider planting a tree in memory of Gilbert. Olson Funeral Home in Bloomer is assisting the family.

To order memorial trees or send flowers to the family in memory of Gilbert Oliver Oliverson, please visit our flower store.