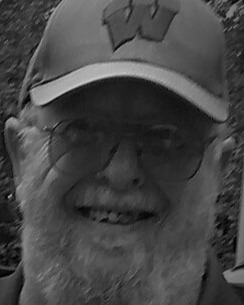 Gary “Swede” Dalhoe, 76, passed away October 15th, 2020. Swede is survived by his wife of 52 years, Rose, his children and their spouses – Chad & Jennifer and Angela & Rick, his grandchildren Halli and Trent, sister Bev Flatland, brother Ron, many nieces, nephews, and cousins, as well as three adoring grand-dogs.
He was preceded in death by his parents, Minard and Fern, his twin brother Jerry “Dutch,” his sister Laurie Holte, and his brother Gainard.
Swede’s focus in life was his family and friends. He enjoyed spending time in the company of loved ones while camping, hunting/fishing, and preparing amazing meals on the grill.
A private celebration of life will be held on November 1st. For details, contact Olson Funeral Home at 715-568-5250. Online condolences may be expressed at olsonfuneralhomebloomer.com

To order memorial trees or send flowers to the family in memory of Gary W. "Swede" Dalhoe, please visit our flower store.