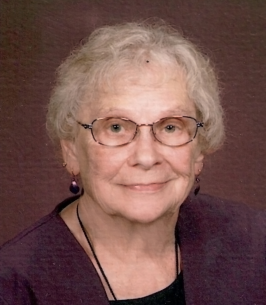 Fern was born on May 2, 1931, in Bloomer, to George and Ada (Paus) Rehm. On March 15, 1950, Fern married Leonard “Bud” Meisner in Pine City, MN. She was a cook for the Bloomer School District. Fern was involved with the Bloomer Food Pantry and was a member of the Bloomer United Methodist Church and Women’s Fellowship group. She enjoyed quilting, sewing, knitting and spending time with her family.

In lieu of flowers, memorials may be directed to the Bloomer Food Pantry, 808 Jackson St. Bloomer, WI 54724, or Bloomer United Methodist Church. Olson Funeral Home in Bloomer is assisting the family.
To order memorial trees or send flowers to the family in memory of Fern Bernadine Meisner (Rehm), please visit our flower store.