To share your memory on the wall of Robert Parrish, sign in using one of the following options:

Bob attended New Auburn Schools until his senior year when he moved to Ph... Read More
Robert Elmer Parrish, born March 4, 1942 in Durham, NC passed away at 10 p.m. on October 24, 2020, in Calvert Health Hospital, Calvert County, MD at the age of 78.

Bob attended New Auburn Schools until his senior year when he moved to Phoenix, AZ where he graduated from high school. He spent over 20 years in maintenance as a Heat Control Technician for the University of Maryland. He completed heat efficiency assessments for the buildings on Capitol Hill and worked as a maintenance engineer for the architect of the Capitol in Washington D.C. He installed a heating and air conditioning system for Senator John Ashcroft, and worked as a contractor restoring row houses in Maryland. For the last 10 years, he was employed by Grace Brethren Christian School in Clinton, MD as a building maintenance engineer.
Bob obtained a pilot's license for single engine airplanes. He married Bilma Arevalo on October 24, 1985 at the Church of God (7th Day) in Adelphi, MD. His interests were in restoring the Ling family farm east of New Auburn, WI, antique tractors, gardening and helping his wife "Mimi" with her chickens at their country home in Huntingtown, MD.

To send flowers to the family or plant a tree in memory of Robert Parrish, please visit our Heartfelt Sympathies Store.

Receive notifications about information and event scheduling for Robert

We encourage you to share your most beloved memories of Robert here, so that the family and other loved ones can always see it. You can upload cherished photographs, or share your favorite stories, and can even comment on those shared by others.

Posted Nov 04, 2020 at 10:28am
Please accept our most heartfelt sympathies for your loss... Our thoughts are with you and your family during this difficult time.

Posted Oct 30, 2020 at 11:41am
It was such a blessing to get to know Bob. Angeles and I will always be thankful for his dry sense of humor and his faithful presence at Central.

Posted Oct 29, 2020 at 02:00pm
Bob was such a hard worker and talented at fixing anything. I always enjoyed chatting with him at GBCS. My deepest sympathy to his family.
Comment Share
Share via:
B

Posted Oct 29, 2020 at 01:08pm
Members of the Parrish Family, please accept our sincere sympathy in your loss of Robert.
I had the pleasure of attending high school with Robert and Benjamin.
Our thoughts and prayers are with you all. 🙏 ♥️
Barbara (Skaw) and David Teslaw
Comment Share
Share via: 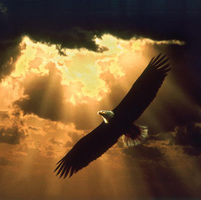 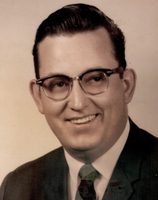