To share your memory on the wall of Joanne Williams, sign in using one of the following options:

Joanne married Richard E. Dana and they had a daughter, Cynthia. Joanne later married Donald Williams in 1967. They moved to the country near Sand Creek WI, which was a good fit for her with her love of animals. Joanne worked as a successful real estate agent for several companies and was an award winning producer for Coldwell Banker for many years. Family was very important to Joanne and she loved spending time with her grandson and great grandsons. She had a strong faith in the Lord and an unbreakable bond with her brother, who she was in contact with almost daily. She enjoyed riding horses, reading and watching westerns, taking long walks through nature and watching NASCAR races.

She is preceded in death by her parents: Benjamin and Ella Dailey; daughter: Cynthia Ann Dana; many pets that she loved dearly.

A memorial service will be held on Saturday, January 11, 2020 at 11:00 AM at New Hope in Sand Creek. There be a mass celebrated in her honor at Sacred Heart Church in Marengo IL and private interment in the church cemetery at a later date. Online condolences may be expressed at olsonfuneralhomebloomer.com
Read Less

To send flowers to the family or plant a tree in memory of Joanne Williams, please visit our Heartfelt Sympathies Store.

Receive notifications about information and event scheduling for Joanne

We encourage you to share your most beloved memories of Joanne here, so that the family and other loved ones can always see it. You can upload cherished photographs, or share your favorite stories, and can even comment on those shared by others.

THE DAILEY FAMILY sent flowers to the family of Joanne Williams.
Show you care by sending flowers

Posted Jan 11, 2020 at 04:14pm
I'm so sorry for your loss. Joanne was such a kind and lovely person. I loved line dancing with her on Tuesdays. We would both get left and right mixed up, bump into each other and giggle. It might have been a little frustrating for the other dancers, but we always had fun and lots of laughs.
Comment Share
Share via:
TF

Posted Jan 03, 2020 at 02:41am
"Joanne Williams" brought so many gifts to our life. We will never forget her! Joanne you wil remain in our hearts forever - GOD BLESS YOU - 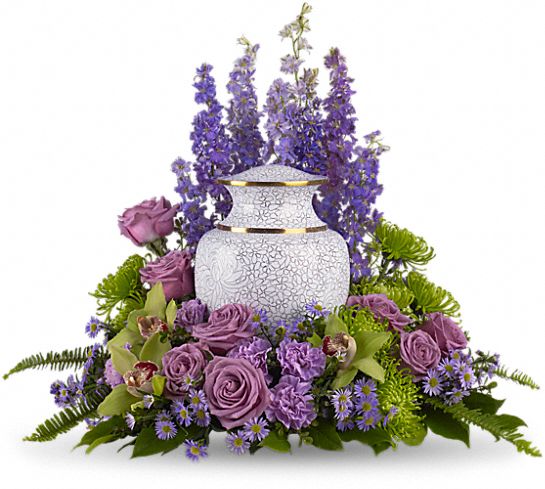 THE DAILEY FAMILY purchased flowers and planted a memorial tree for the family of Joanne Williams. Send Flowers

Posted Jan 02, 2020 at 09:21pm
I was four years old when I first met Joanie in 1954. I fell in love with her when my brother told me Joanie was my new sister-in-law. Joanie was beautiful with a cute figure and dark sparkling eyes which looked like doe eyes. Despite our age difference, she always spoke to me like I was an adult and would talk with me for hours. Even after she was no longer married to my brother, our family continued to love her as "kin." I feel fortunate to have known this gentle lady and I pray that "light perpetual" will shine upon her.
Hannah (Bonnie) Dana
Comment Share
Share via: